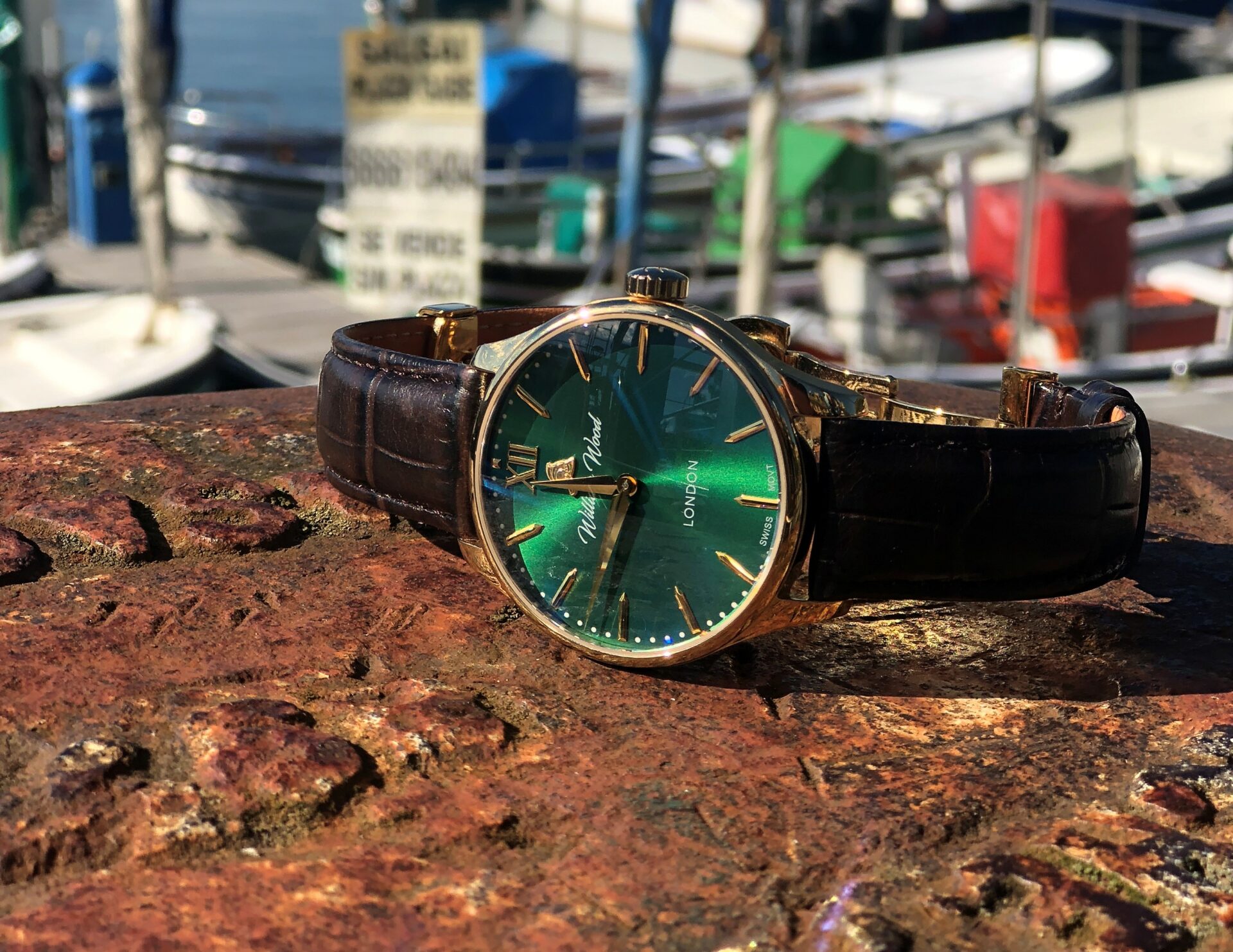 Synonymous with motor sports and racing, this truly British hue has justified itself as a strong, gentlemanly classic within the menswear sphere.

A shade that immediately evokes a true British feeling,  the idea behind British Racing Green originated from the 1903 Gordon Bennett Cup. Held in Ireland, as a mark of respect, the British cars were painted shamrock green in honour of their Irish hosts.

As the tone evolved, the first official recorded use of the darkest green shades were on the Bugatti of Briton William Grover-Williams, driving in the very first Monaco Grand Prix, in 1929. This become known as British Racing Green.

With British Racing Green now a classic ‘go to’ colour in the men’s fashion world, we look into how successful British brands, William Wood Watches and Private White V.C. have used the shade to produce particularly remarkable menswear pieces.

A couple of weeks back we introduced you to William Wood Watches, a British luxury watch brand giving back to the firefighting community. Since then, I’ve been sporting a piece of history on my wrist through the guise of a William Wood Chivalrous watch. This tremendous timepiece fits perfectly into our article portraying a fantastic sophisticated shade of British Racing Green on it’s watch face.  This wonderful wristwatch forms the first part of our feature in the form of an ‘on hand’ William Wood Watch review. 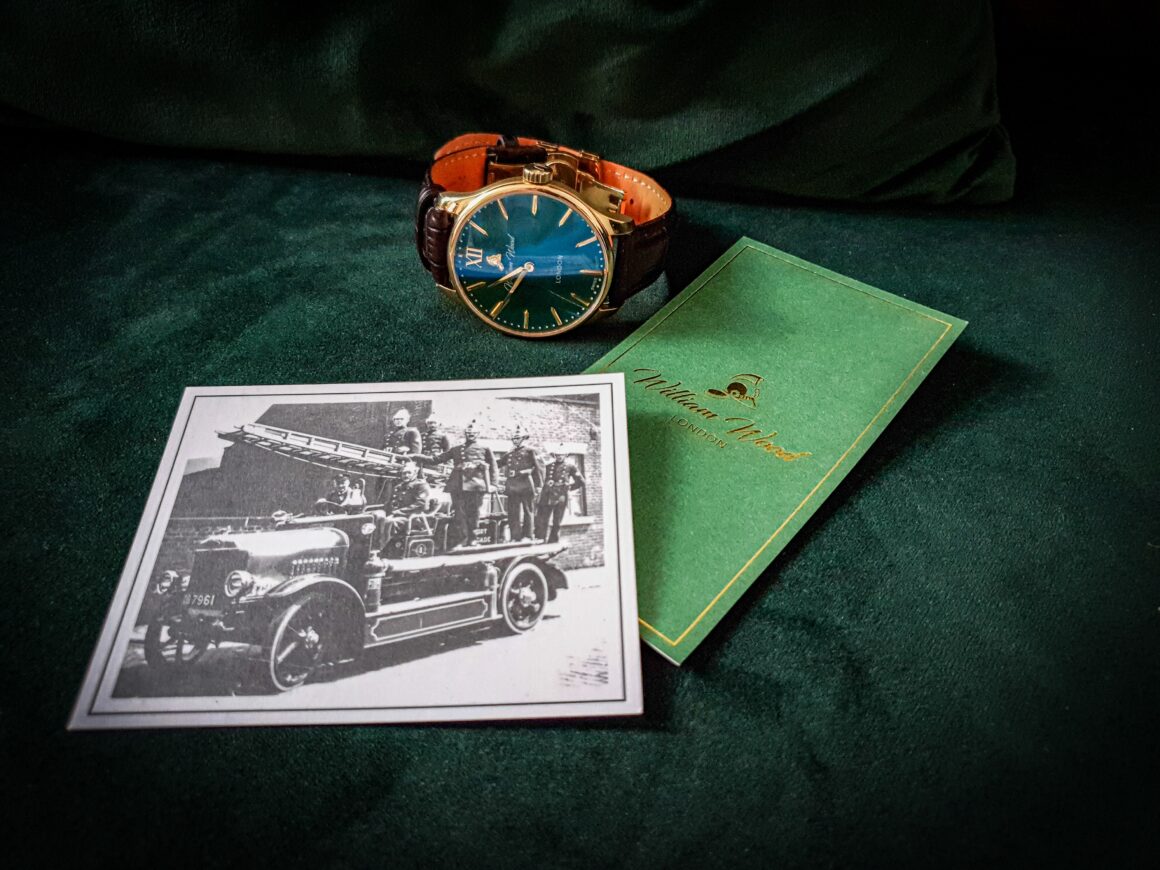 As mentioned in our previous piece, William Wood Watches was created as a timeless legacy toward co-founder Jonny’s late grandfather, William Wood.  A brave firefighter, his actions during a severe house fire in 1966 earned him awards of distinction for his courage. 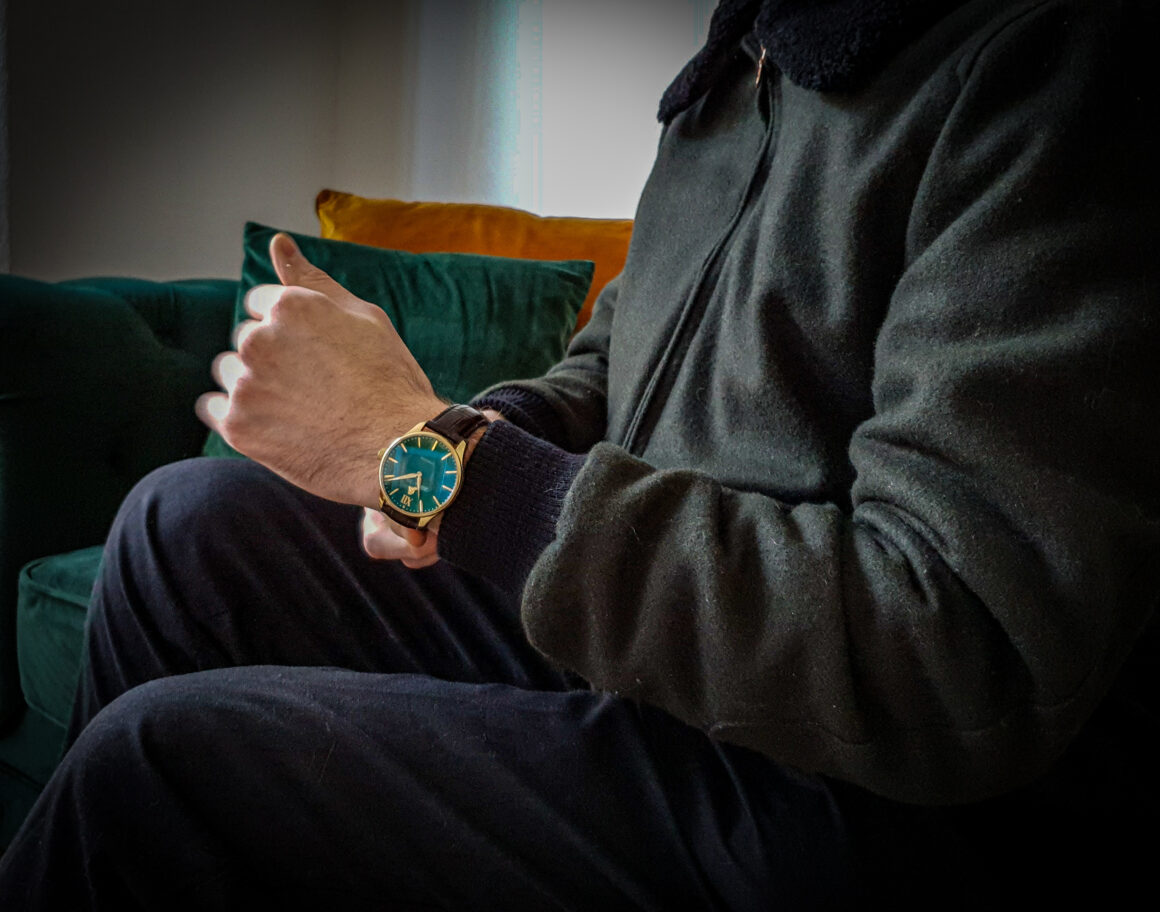 I thoroughly enjoyed the un-boxing of the William Wood Chivalrous watch. Presented in a smart, crisp push-button latch box, the packaging was elegantly branded and ready to present the watch within.

Placing the watch on my wrist was a pleasure as I clipped together the clasps on William Wood engraved mechanism – one of my favourite features of the watch. The clasp adds an extra element of class and luxury to the Chivalrous Collection timepiece over and above the standard leather strap, which I feel is a smart move from the brand. 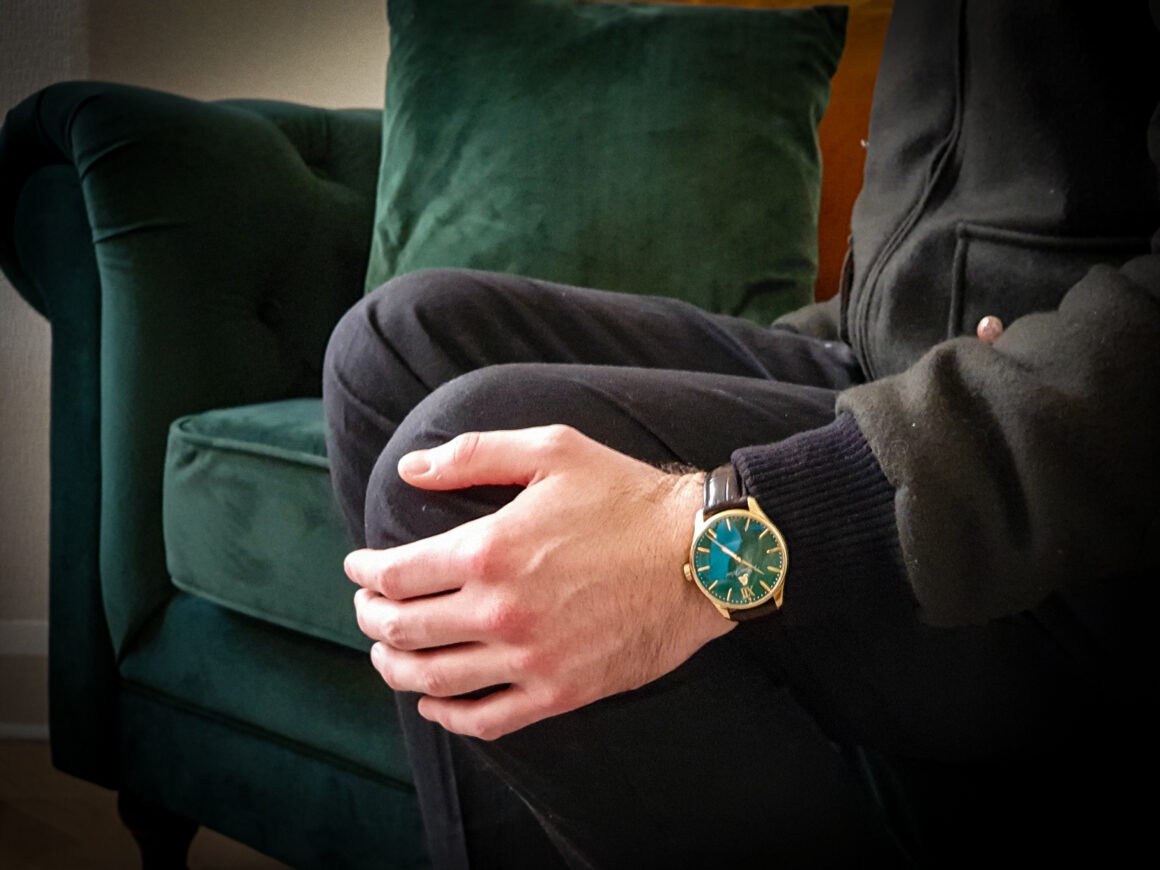 Gold dauphin hands compliment the British Racing Green face exquisitely, whilst the subtle, yet striking ‘LONDON’ addition sits perfectly at the foot of the face below the fire helmet branding at the top. 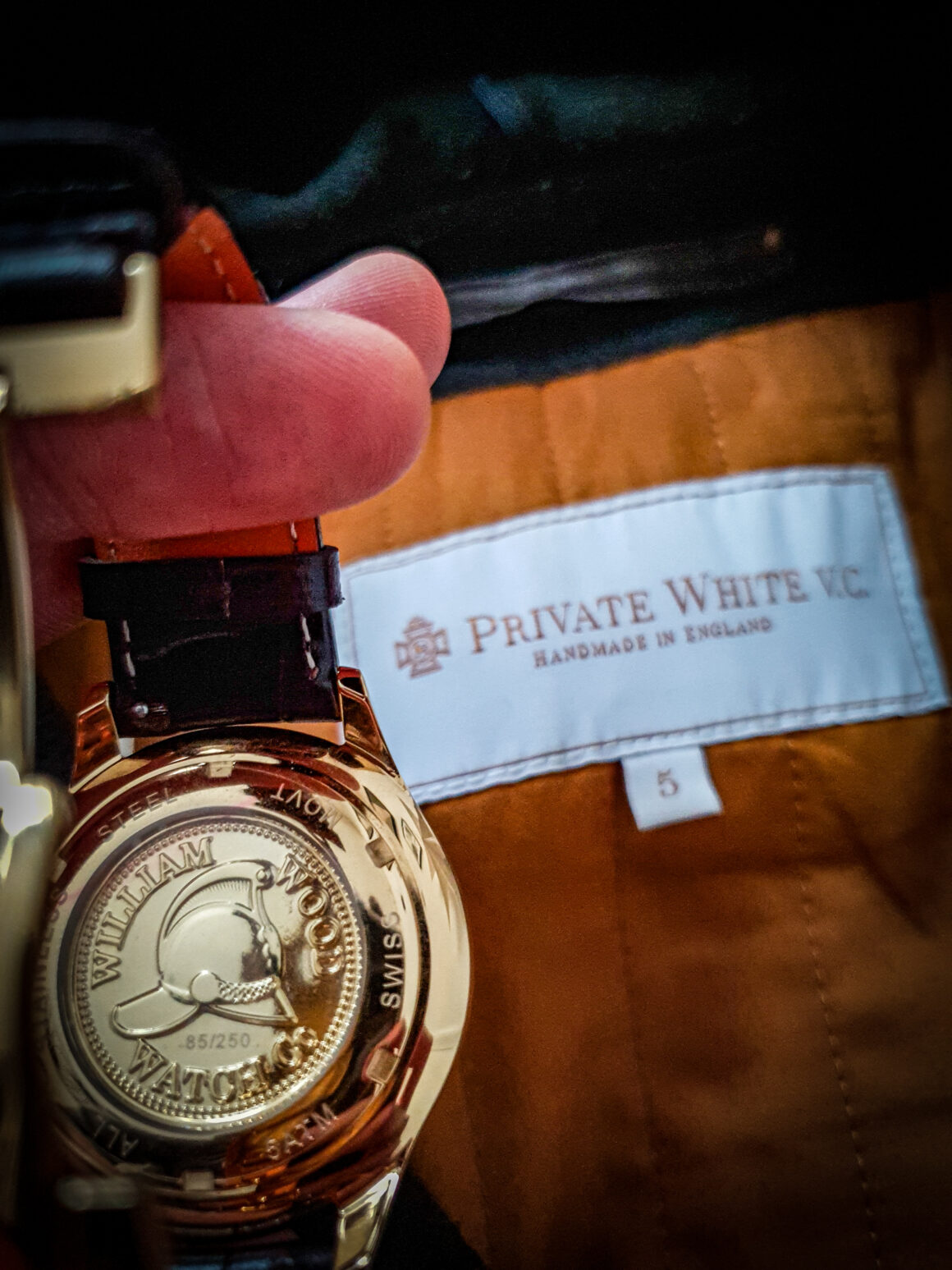 One of the key highlights of this watch is, for me, the commemorative coin on the reverse of the piece. The William Wood limited edition coin has been melted down from an original 1920’s British brass firefighters helmet.

Being on the reverse of the piece is not a problem for me. Personally, I see it as an added bonus to the watch that I know I am wearing a piece of history. Such a unique element is not one to be shown off but to be appreciated by the wearer, safe in the knowledge that you are carrying the brands story; something I feel is of great importance in the modern day menswear market. 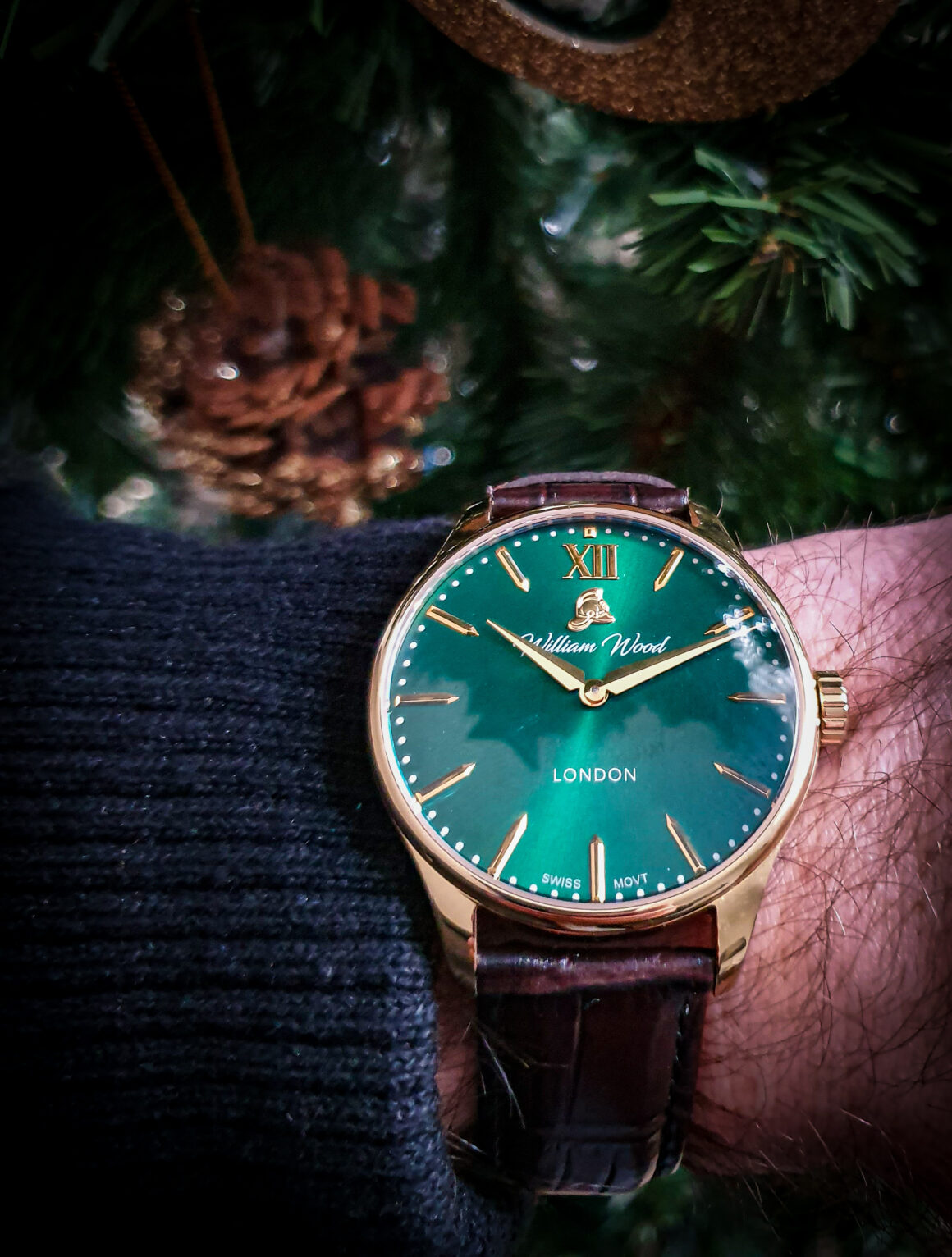 The ideal watch for a true British gent, the Chivalrous Collection is available in a variety of hues.

Be sure to check out the latest venture from the brand as the William Wood Watches Valliant Collection is now taking pre-orders and there’s another unique element to the design that’s not to be missed.

I’ve long being a fan of Made in England menswear and as part of OTC we’ve championed Made in England brands wherever possible. Private White V.C. are up there with my personal top brands and are still going strong in Manchester, the world’s first industrial city.

Much like William Wood, Private White V.C. have a distinct heritage and story behind their brand. Jack White was born in Leeds in 1896 and joined the Royal Lancaster Regiment at age 18. He was later awarded the Victoria Cross, the highest and most prestigious honour bestowed on British forces.

After WW1 he returned to Manchester to work as a trainee pattern cutter at the local factory, rising through the ranks to become General Manager and then Owner. White’s Yorkshire influences led to the company specialising in woollen garments, rather than just the traditional Lancashire cotton raincoats and mackintoshes.

Today, in the same factory nestled in the heart of Manchester, Private White V.C continue to make lovingly handcrafted garments. 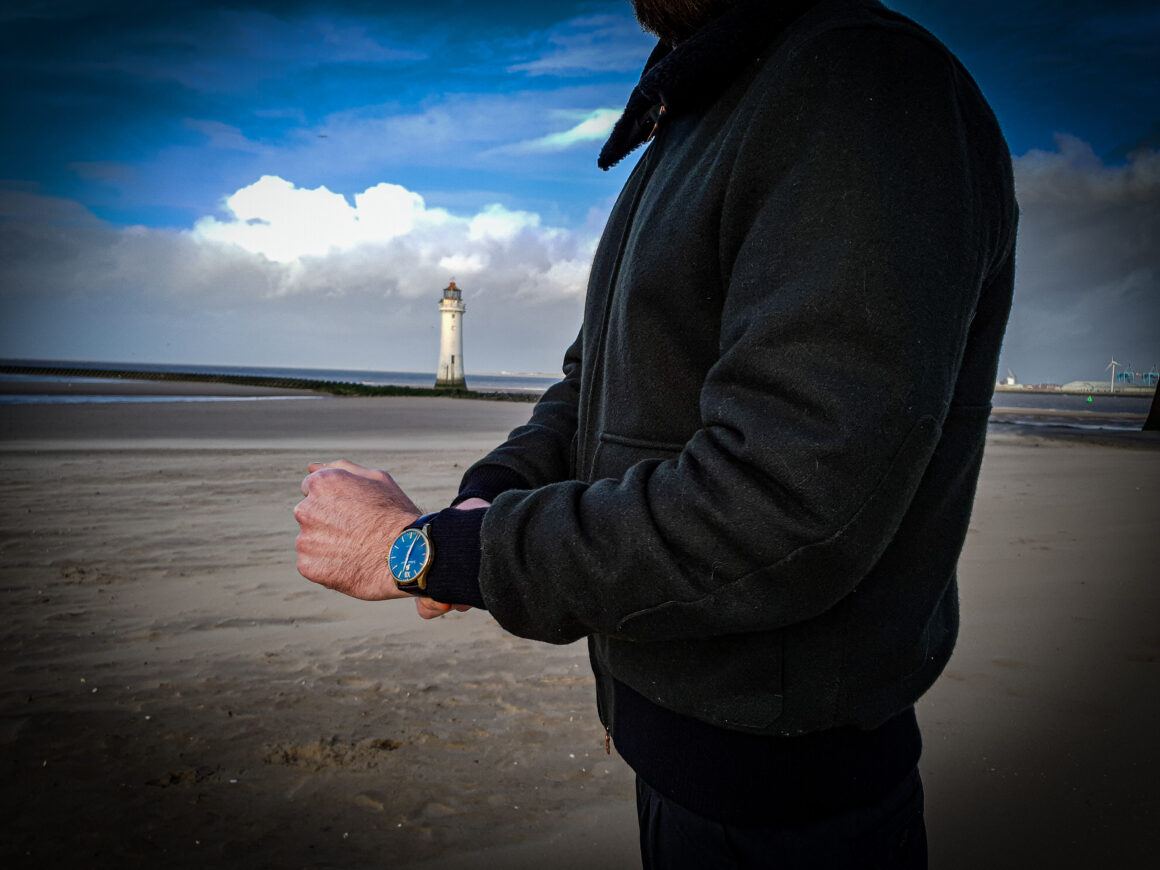 My current go to piece as the Winter has set in, barely a day goes by in which my Private White V.C. flight jacket doesn’t see action.

Inspired by the G-1 flight jackets of the Second World War, the Flight Jacket has been expertly handcrafted using the finest UK woven doeskin wool.

The wool used in this piece really sets it apart in terms of performance. Doeskin is a medium-weight wool fabric with a short nap and tight weave. It is softer than the more commonly used melton but it is still very hard-wearing due to its compact weave and construction. The jacket scores highly for both both warmth and comfort whilst remaining effortlessly stylish sporting a shearling collar. 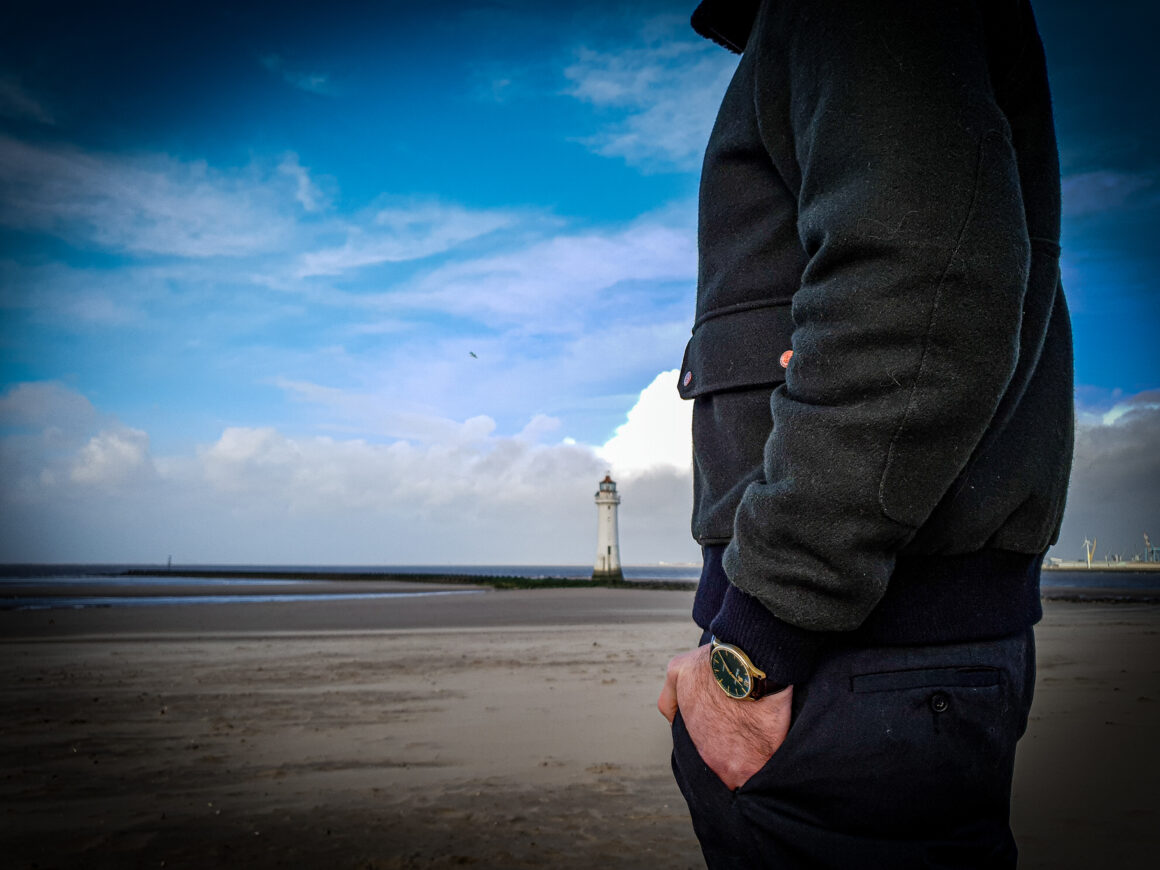 Enjoy our #500 coverage on British Racing Green? Check out more of our #500 pieces here. 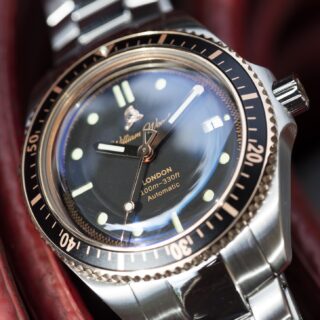 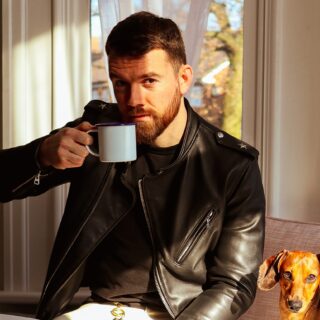 #500: Mr Will Halbert | Editor in Chief of The Essential Journal 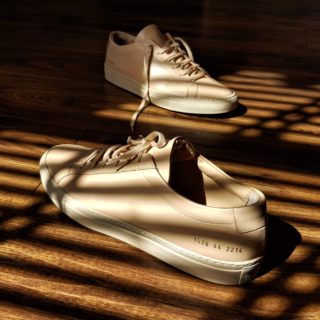 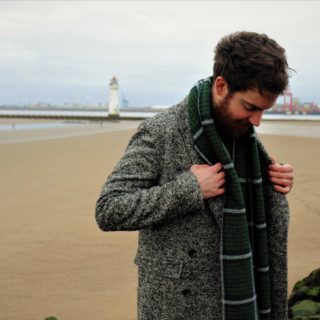 #500: Styling out the Winter freeze with Mr P 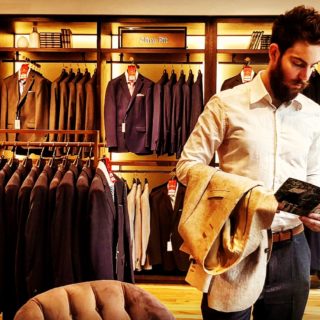 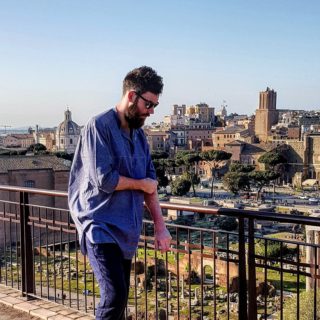 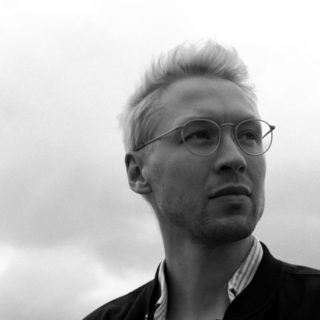 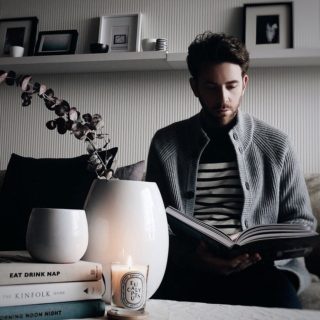