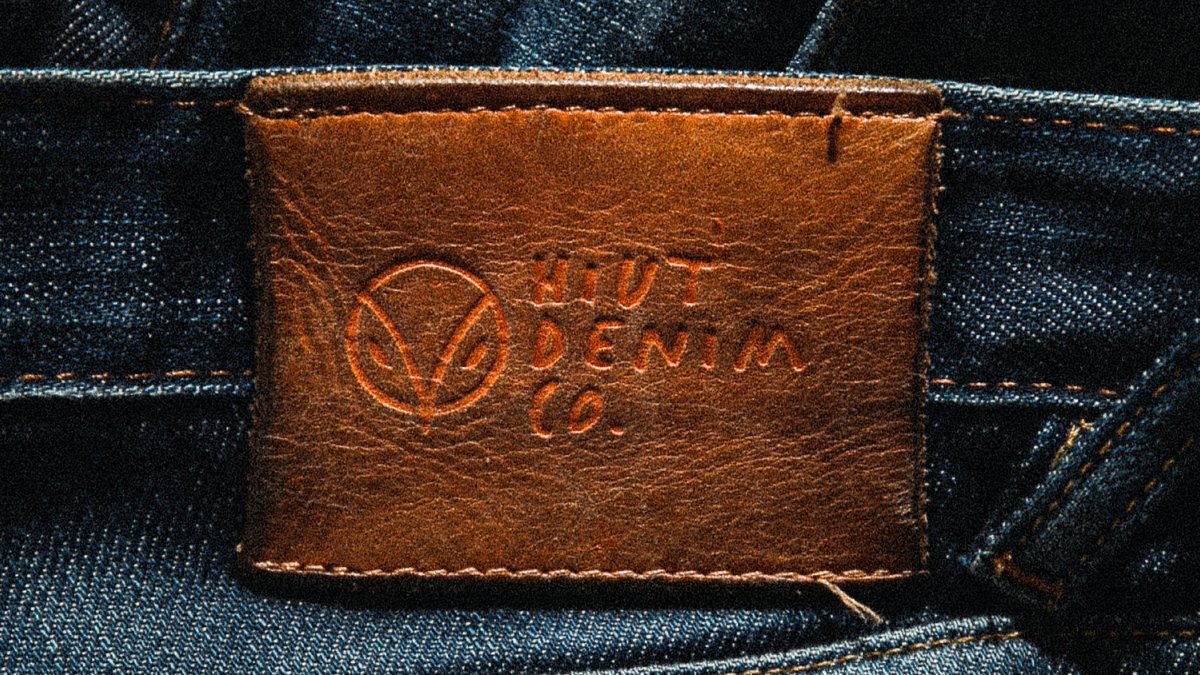 “There is no happy destination without a happy journey”

Hiut Denim Co. have recently celebrated their 8th birthday. Feeling nostalgic, the specialist denim brand has taken a look back at some amazing achievements of the past few years. 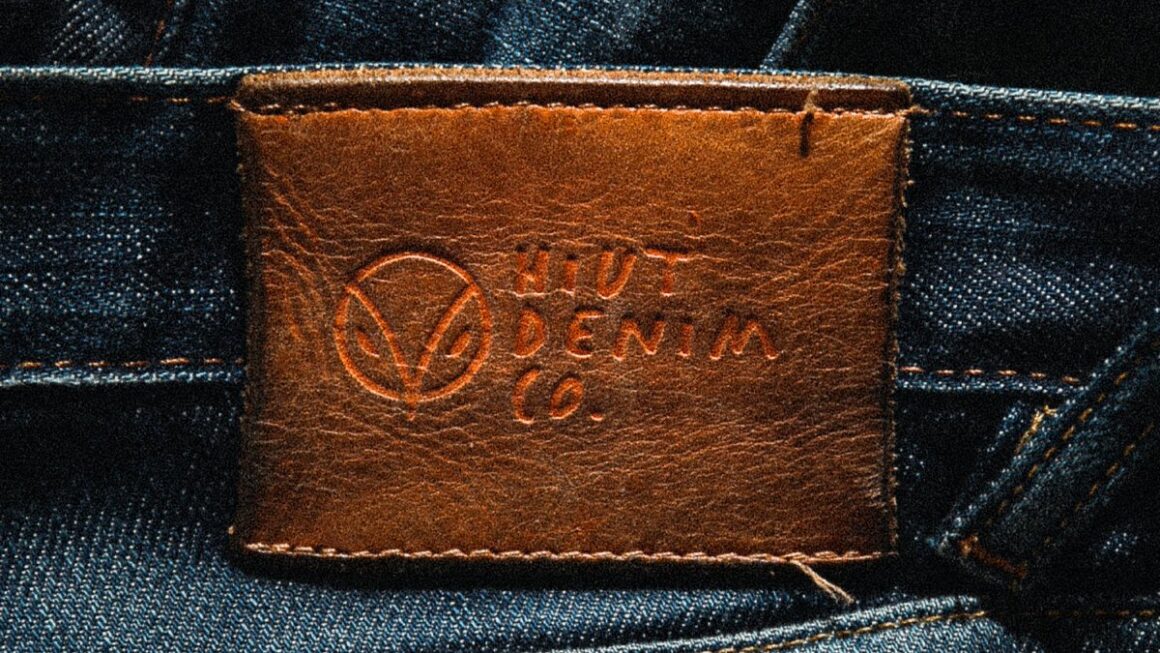 Over to David Hieatt, Co-founder of Hiut Denim Co.

I still remember meeting Elin for the first time in a small cafe in Cardigan. Yup. She is a force of nature.

She responded to our front-page write-up in the local paper, saying we were going to get the town making jeans again.

She had over 27 years of experience making and a raw passion for the craft. After our interview, I knew.

She had to be our first hire.

GrandMaster Elin doesn’t do things by halves. She is an ‘all in’ kind of person. She is the driving force of the factory.

Thank you Elin. And all the GrandMasters.

I had gotten home at 2am from London. I was hoping for a lie-in.

No chance of that.

Clare woke me up at 7am.

It’s not every morning you head over to the BBC World News website to find yourself on the front page.

Orders were coming in from all over the world quicker than we could print them off.

That day, we received more orders that we normally got in a month.

And it sure doesn’t hurt when the BBC calls you a ‘cult denim brand’. Thank you BBC.

The phone rang in the office. It was the fashion editor from ‘The Telegraph’.

‘Can you confirm if Meghan Markle is wearing your jeans on her visit to Cardiff today?’ they asked. 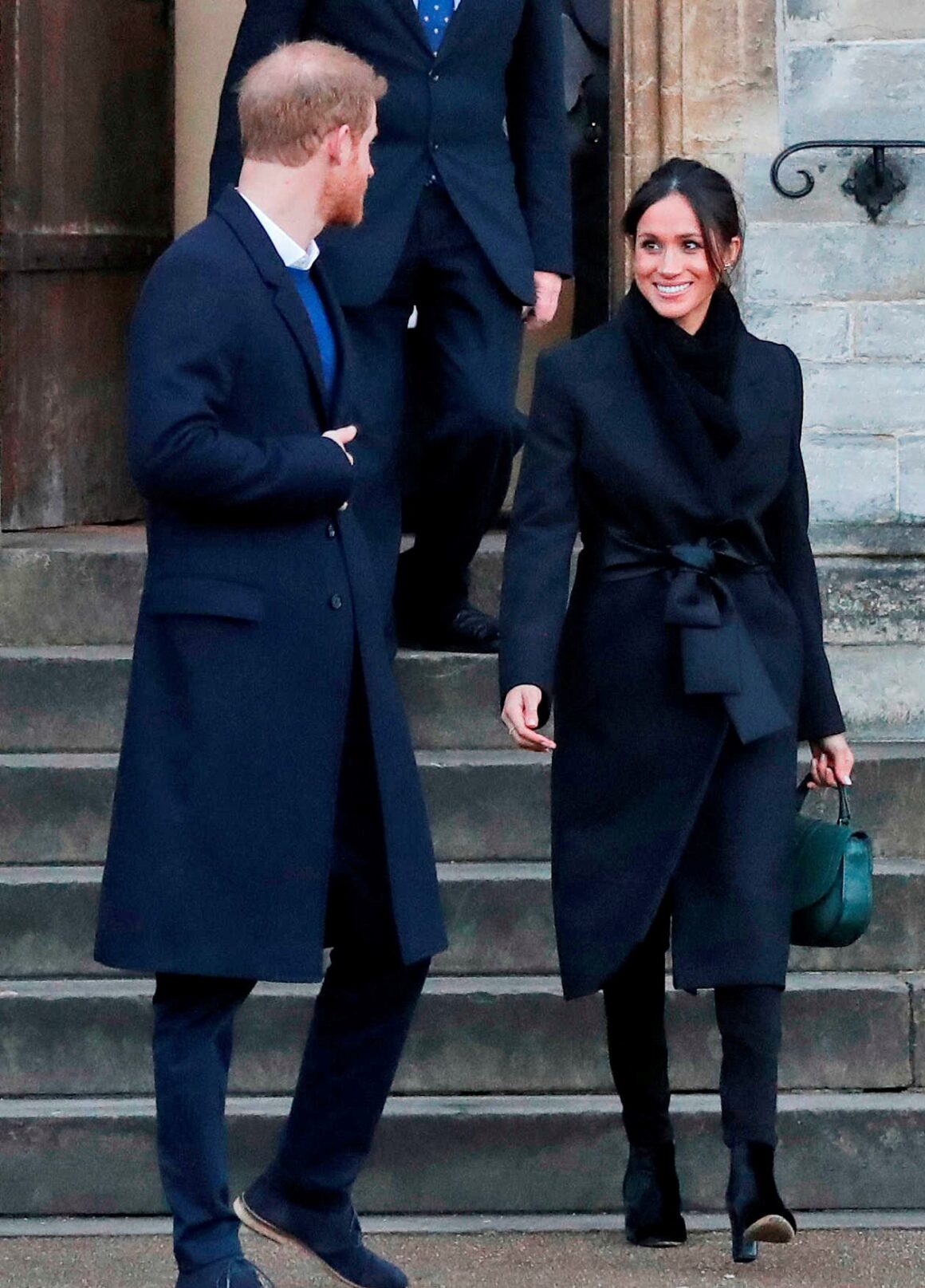 After that, things got a little busy.

Television crews came from around the world to speak to us.

Even the local newspaper finally did an article on us after 7 years.

It wasn’t them. It was us. We had outgrown our current factory. 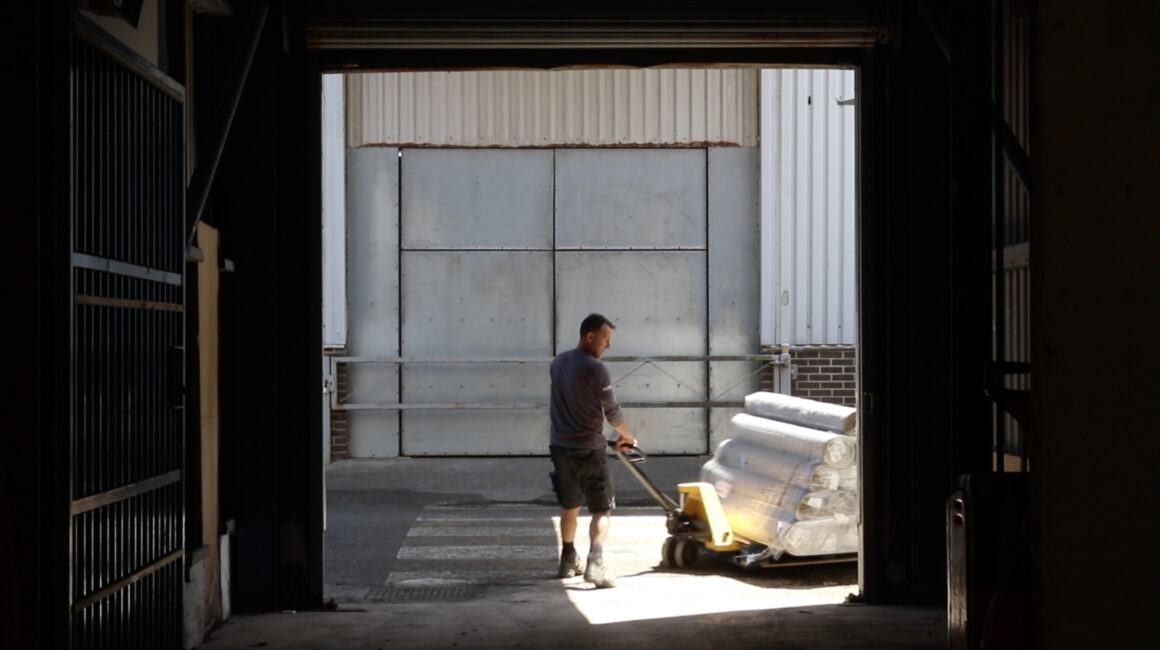 We had bought new machines but didn’t have the room to set them up. We had no room to hire new makers.

We looked at a few other places in the area but none fitted. Then, we had a thought.

What about the old Dewhirst factory?

It would give us space to grow and to get 400 people their jobs back. Before we agreed anything, we took the team to see the space.

All our GrandMasters had worked in the old factory and I wanted to make sure that they were happy to return.

Energy is important. When the energy is good, all is possible.

After the visit, the team was excited.

Everyone was keen to breathe new life into the old factory and for the Hiut story to continue there.

We are proud to work with Shopify and were humbled to be featured in their documentary series on makers around the world.

They have thousands of customers and they had to pick just 6 to make a film on.

I had spent hours on the phone trying to convince them that we should be one of them.

And then we heard, they had chosen us.

For three weeks, a camera crew followed the team as we moved to the old factory. The filming crew became like extended members of the team.

When it was released we took the team to a screening of the documentary in the local theatre. 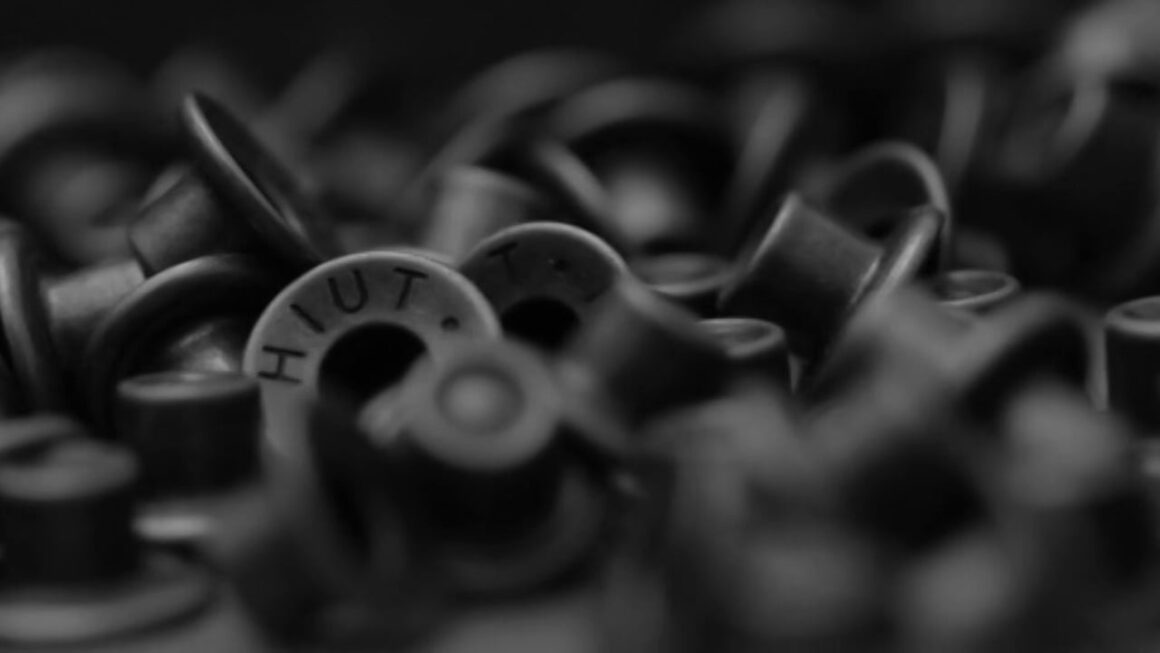 It was a moment.

(Gossip. The founder was wearing his Hiuts this week)

Hiut Denim Co Scrapbook Chronicles – Keeping it in the family.

We live in fear of the R word: Retirement.

So when Claudio told us that he was thinking of retiring in the coming years, our first thought was one of gratitude for all the incredible work he had done for the brand.

I can’t tell you how much he has had our back over the years.

Then, one day, Claudio came to us and told us that he knew the perfect person to train up alongside his current apprentice Rob.

And boy was he right.

Watching them work together is a real joy.

After we pressed the launch button, the team gathered around the computer, as we always do, to see where in the world people were buying our jeans.

Every time a pair of jeans is bought, Shopify sends us a notification on our phones. The office was a chorus of ‘pings’ as customers from around the world checked out.

They sold out in 4 minutes. We were so incredibly humbled.

Thank you to all our customers.

If you weren’t interested in quality and craftsmanship, we would have made it past 8 weeks.

We are only as strong as our team.

And wow. What a team.

There are 27 members of the Hiut family now. And when a team comes together and decides it truly wants to look after each other, it makes it unstoppable.

Yup getting 400 people their jobs back is not going to be easy.

But it has stopped being impossible.

An extract from the Hiut Denim Co Scrapbook Chronicles. Check out more of our men’s fashion features here. 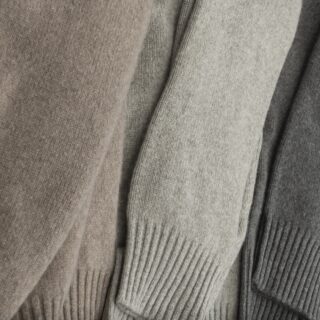 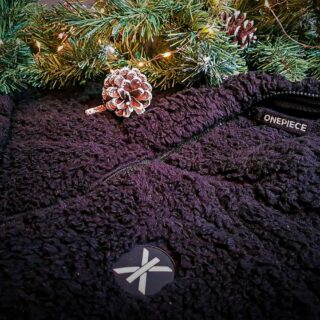 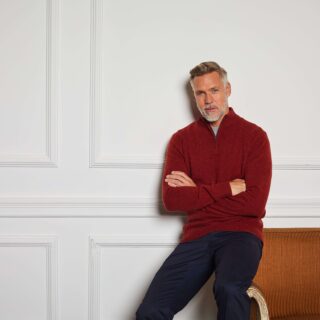 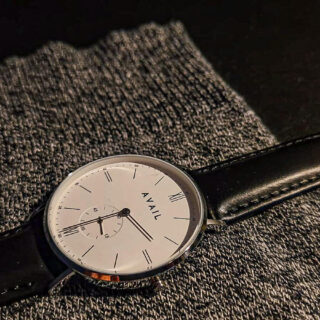 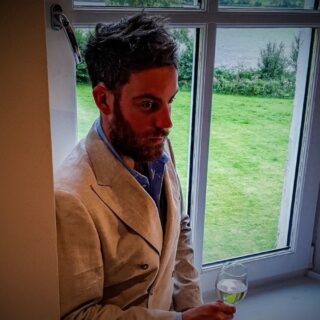 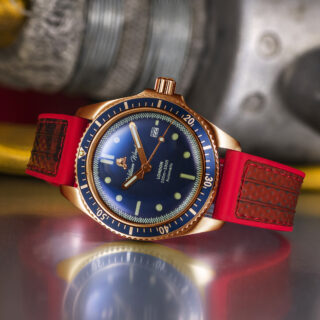 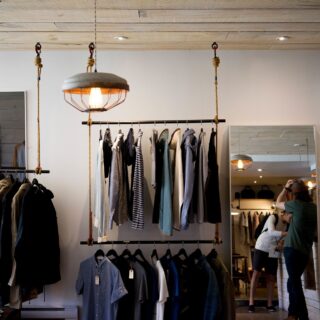 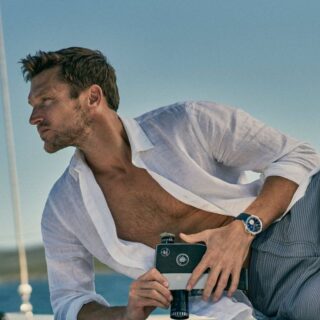