With the new year approaching many look to change career or – on a deeper note – their life in some way or another through new year’s resolutions. But in these scenarios, how does one stand out from the crowd, or indeed stay positive and driven?

Sam Broadley has recently followed the advice of friends and family and released his debut book; I’m Your Man… Letters of the World’s Most Ambitious Job Applicant.  Although written in jest, there are many underlying inspirations and lessons to be learnt from this collection of humorous applications including: don’t give up!

Ahead of 2020 we sat down with the author to learn a more around his experiences, influences and motivation… 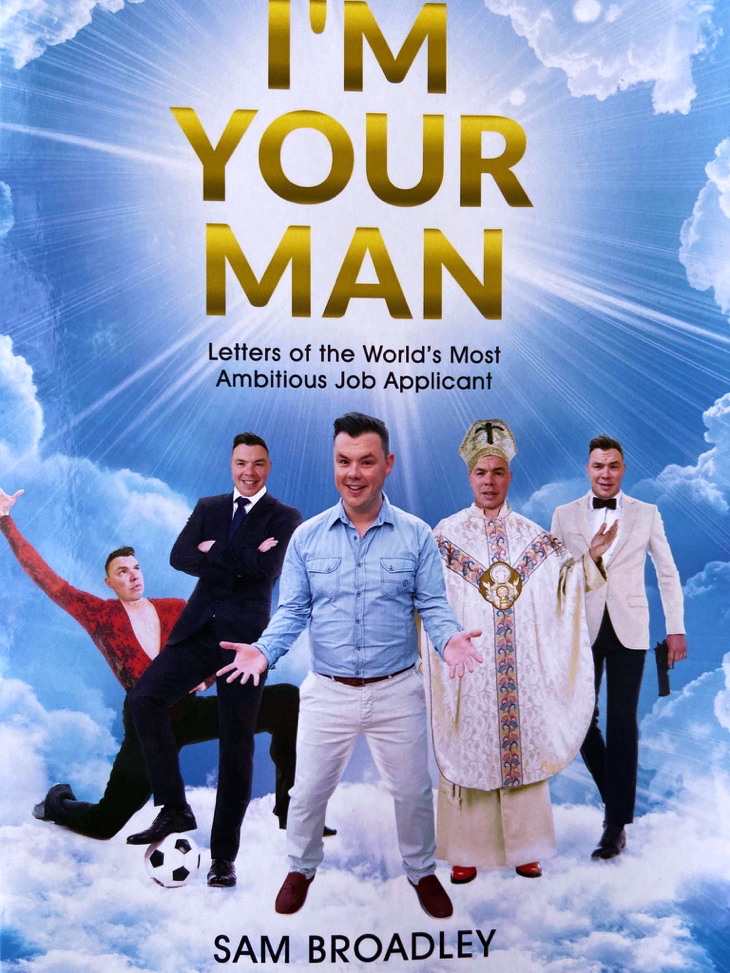 OTC: What inspired you to create this book?

Sam: The applications were always just a hobby. It was about trying to entertain my friends and family with some idiotic application letters and seeing if I could get a reply. But those friends and family kept on at me to publish them. It then became more of a project to get enough rejections for a book. And here we are!

OTC: What influenced you to write the first application letter for England manager/ these prestigious jobs?

Sam: I was at university and Kevin Keegan had quit as England Manager. My friends and I were talking about who might take over but there was no-one obvious… so I declared myself to them as a potential candidate! I set about writing an application letter – and I got on the FA’s three-man shortlist!! Well, I assume so… in their reply to me they said they’d drawn up a shortlist – but at no point did they say I was not on it! So I waited for the call for interview. But the call never came…

OTC: Which role out of those mentioned in your book would you like the most?

OTC: You open the book talking about inspirational figures including “Max”. Who are your main inspirations and why?

Sam: Max – my four-year-old boy, is my greatest inspiration, as he should be. He’s my biggest driver to succeed in life and it’s my job to mould him into the best human being he can be.

Of the famous people, Arnold Schwarzenegger is someone I hugely admire. Right from childhood, he knew he wanted to move from Austria to America and become a huge star. He couldn’t speak a word of English but he had a vision and absolutely dedicated himself to it. His achievements in life should be an inspiration to everyone, especially given his humble beginnings.

A lesser known person to have perhaps the biggest influence on my life is the author Danny Wallace. Of the several books he has written, one in particular – Yes Man – changed the course of my life in some ways. It is a very funny account of a time in his life when he spent six months saying “yes” to absolutely everything. It is hilarious but also incredibly inspiring because just the act of saying “yes” opened doors in his life that were beyond his imagination. From then on, I decided to say “yes” to a lot more, and likewise, it changed not only my attitude, but my life in so many ways for the better. I hugely recommend people read it. Once they’ve finished – I’m Your Man – obviously!

OTC: Who would play your assistant if you were to be Dr Who?

OTC: You highlight the fact that it can be so difficult to get a job in this day and age and the multiple hoops you have to jump through in order to sometimes even get an interview. What would be your biggest advice to someone currently seeking a new role?

Sam: Stand out. Any job one goes for will have a hundred other applicants as well. You have to stand out. That might be by passionately expressing a big idea of how you’re going to turn the company around, or double their sales, or help the charity raise wild amounts of money, or anything else that excites the employer so much that they must meet you!

When I applied to become Head Climate Scientist, I had an idea that would literally reverse climate change and save the world. It involved draining a chunk of seawater to reduce sea levels, blasting it into space and putting out a bit of the sun to reduce temperatures. It’s genius ideas like this that gets applicants through interview doors and into jobs. Although bizarrely, this didn’t generate enough interest for some reason. I mean, if one can’t get excited about someone potentially saving all of humanity, well, they can’t have a soul…

OTC: You received quite a few replies including one from the Queen’s staff, Downing Street and Channel Four on multiple occasions. How did these spur you on to continue your quest?

Sam: It’s easy to feel downbeat when you receive a series of rejections (especially when you know it’s unjust), but you have to keep going. You just have to.

Receiving a letter from Buckingham Palace on behalf of the Queen was the culmination of a brutal application process for the position of Chief of the Metropolitan Police. It looked like I was going to get the job after Boris Johnson (London Mayor at the time) put me through to the second stage of the process and (as good as) recommended me to Her Majesty. It was an absolute travesty that the Home Office rejected me, despite endorsements from two of the most high-profile people in the world, but I take the positives and I continue with my quest for global magnificence.

OTC: How did you come across the Thomas the Tank Engine Narrator position?

Sam: As with all the jobs I’ve gone for – because they’re so high-profile – in the news. I felt I had an outstanding chance of winning this gig because of my love for Thomas growing up, still regularly singing the theme tune. Also, because I had related speaking experience, unlike the previous incumbent, Ringo Starr, who had only sung words in his previous employment. But I didn’t get it. I don’t think it helped that I had a massive rant in my letter about Britain’s poor train service… 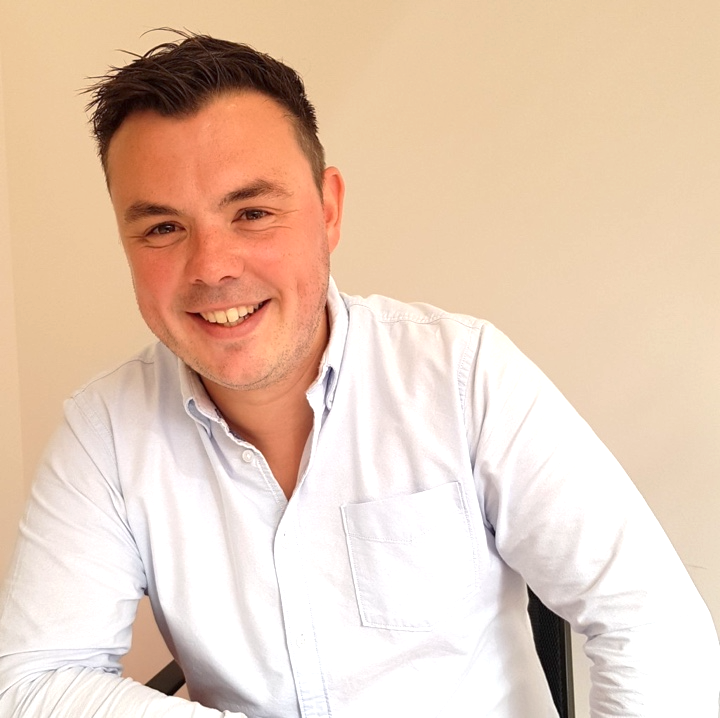 OTC: When and how did you realise your talent in producing amusing content?

Sam: Just feedback from friends and family. Naturally, the more people are entertained by one’s offerings, the more one wants to offer. Of course, whether this amusement is felt beyond those who know the writer is a different story. Indeed, this fear held me back for a while, but I’m glad I took the plunge and published because it’s been a positive experience so far.

OTC: How did your career in recruitment help to shape this book?
Sam: I knew employers get bored by the huge number of applications and CVs they get inundated with and that they look for excuses to chuck them out at the first opportunity. So, I knew my letters had to stand out from the crowd. I suspect they’ve done that, but yet have not resulted in a job offer! So far…

OTC: What has been your favourite career so far and why?

Sam: My favourite real career is property developing. I take run-down properties and renovate them. Apart from earning a living, I get genuine pleasure from knowing I have created a brand-new home for someone/ a couple/ a family. The first house I ever renovated was sold to a 21-year-old couple with a baby on the way, and it made me feel fabulous knowing that I’d so positively influenced their young lives. It really spurred me on for future projects and I try to bring as much value as I can to our depleted housing stock in this country.

OTC: You applied for the role of Virgin Galactic Pilot and mentioned you’d like to undertake lengthier trips. Where in space would be your number one destination?

Sam: Beyond Pluto. It’s such a massive universe – infinite in fact – with so much to explore, and it just makes me feel trapped and a bit claustrophobic stuck in one solar system.

OTC: Can we expect further books from you?

Sam: I would think so. I’ve already had several more rejections since publishing this book, not least from President Trump for the position of Director of the FBI! So, you can expect a second volume. Unless I finally win a job offer, of course. My application to become the next James Bond is still open…

I’m Your Man… Letters of the World’s Most Ambitious Job Applicant is now available on Amazon – in print and for Kindle. Sam also recorded an audio version, available on Audible, reading his own letters and achieving the coup of having Alan Dedicoat reading the replies. With a multitude of five-star ratings, this is a brilliant gift for Christmas or “self-gift” for 2020 – we recommend a read!

Enjoy our interview with Mr Broadley on  his book, I’m Your Man… Letters of the World’s Most Ambitious Job Applicant? Check out more of our content here. 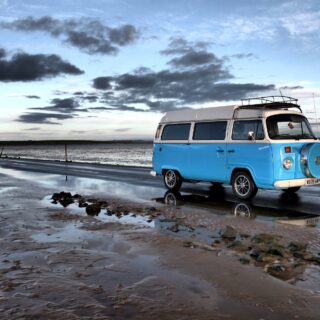 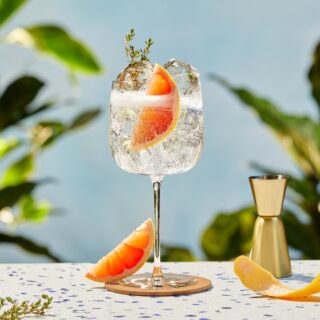 5 Reasons to Cheers Summer 2021 with Bacardi 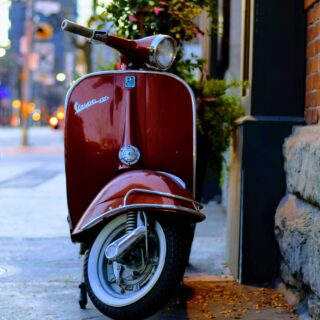 Why Mopeds and Scooters Are Great For City Living 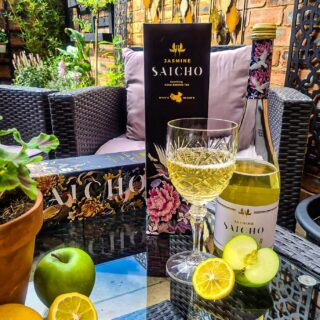 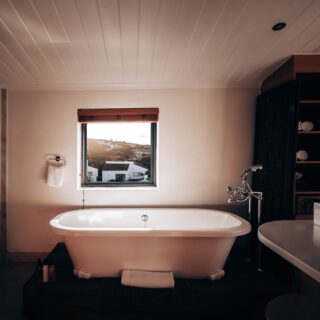 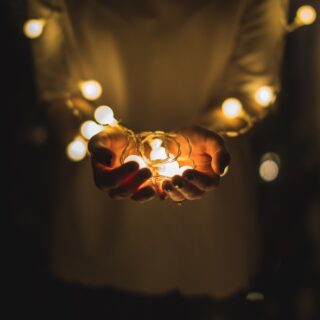 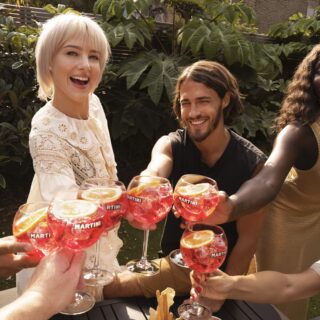 MARTINI Captures The Joy Of Friendship With Greg Williams 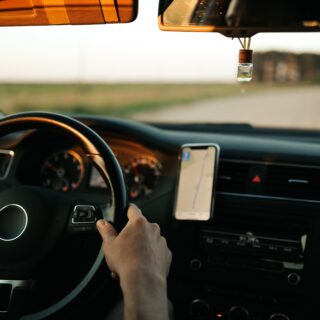 The Pros & Cons Of Learning To Drive (Is It Worth It?)